Everybody these days enjoys a good Meme. But the last thing you want, is for your sponsorship to become one.

Today it is easier than ever for people to make your sponsorship go viral for all the wrong reasons. Here are four simple tips (and cringeworthy examples) to help you ensure that your sponsorship doesn’t get turned into a meme.

Nationwide’s 2015 Super Bowl Commercial went viral when viewers were shocked by their message regarding childhood death. 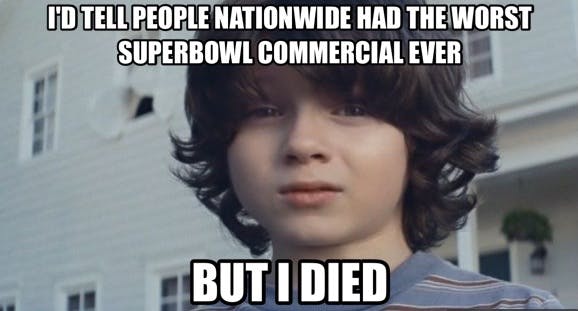 Quick Tip #3 – Placement. Placement. Placement. Before shelling out cash to have your name or logo plastered in a highly visable location, do some recon. Having your ad placed next to something that contradicts your message, or turns it into an inuendo, is the fastest way to become a meme.

Yahoo’s poor logo placement caused a stir when people noticed the outfield section number next to it. (For those of you who live under a rock, HTTP 404 Not Found Error means that the webpage you were trying to reach could not be found on the server.) 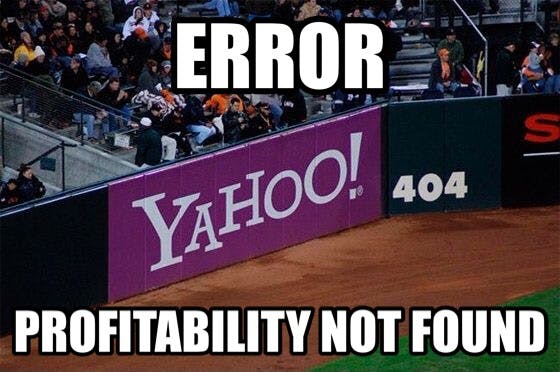 Quick Tip #2 – Vet your spokesperson. Before signing a contract with an athlete, make sure that the person you chose not only upholds your company’s morals and values, but also fits into your campaign.

Quick Tip #1 – Timing is everything. Before activating your sponsorship, be sure that you won’t accidentally be putting your brand in the middle of an unsavory situation.

CoverGirl’s #GAMEFACE Campaign became a PR nightmare after it was given a touch up and some additional text.

In short, by doing a little bit of research and using a pinch of common sense, you can avoid a campaign backfire.

5 Tools to Help Your Website Stand Out | SF AppWorks

Not many business owners may acknowledge this, but the truth is, just because your website is built, it will never be done. In ...
Start Reading
Andrew Greenstein Nov 12, 2015 11:31:00 PM 27 min read

It’s no secret that professional sports attendance is down, in large part due to rising ticket prices and better at home ...
Start Reading
Andrew Greenstein Jun 9, 2021 8:52:16 AM 16 min read

How to Spot Opportunities and Act Upon Them | SF AppWorks

In their early days, the founders of Google tried to sell their struggling business for $1 million and were turned down. ...
Start Reading