Databases are vital to how we conduct business in today's digital economy. Businesses are generating more data than at any other point in history. In 2016, IBM reported that 90% of all data ever produced was created in just two years.

The big data analytics market is expected to be worth $40.6 billion by 2023, signaling that the trend is only going to increase.

As a software and mobile app development agency, SF AppWorks knows that any business using the internet in any fashion stands to benefit from having the right database solution. MongoDB is one of the more popular database software platforms out there, especially for small and medium-sized businesses.

MongoDB cloud hosting is a popular configuration for many business owners looking to get up and running as quickly as possible. Let's take a look at some of the merits and drawbacks of cloud hosting to help you find the right setup for your business needs. 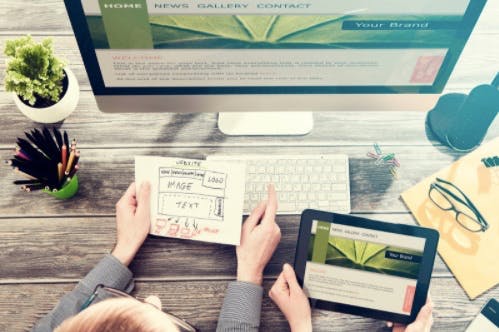 What is MongoDB Cloud Hosting?

Let's take a moment and look at MongoDB hosting in general. Then we'll delve into what separates MongoDB from other database platforms on the market.

MongoDB cloud hosting is when multiple websites are run from the same servers. Every customer gets an allotted share of the available resources, which is usually agreed upon when signing up for your hosting package. Think of it as a timeshare for your internet needs.

That basic description alone probably illuminates some of the pros of MongoDB cloud hosting and some of its shortcomings. Let's delve into some of the specifics.

Related: Redis vs. MongoDB: Which One Should You Choose?

MongoDB supports replica sets, which helps protect your apps from failure. MongoDB features a three-node replica set. Each node is stored in a different availability zone.

This helps ensure your applications have as much uptime as possible. This is important not only to help avoid missed income, but also to help ensure customer loyalty and trust.

In the instance that something does go wrong with your application, MongoDB makes getting things back online as easy as possible.

For one thing, MongoDB automatically schedules backups so you won't have to worry about accidentally missing an update. It's also possible to perform backups manually in case you need to make an unexpected alteration to your system. MongoDB also makes restoring your system totally painless and foolproof with one-click data recovery and restoration.

A MongoDB instance can also roll out selective restoration, called Selective Restores. This lets you rollback part of your system without making changes to your main node.

MongoDB cloud hosting is particularly popular among startups and new businesses. New business owners often don't know what kind of resources they're going to need down the line. MongoDB is inherently scalable, so that's no longer an issue.

Most MongoDB hosting providers let you automatically add storage space when you're close to being maxed out. It also prevents you from having to pay for space you're not using.

MongoDB cloud hosting isn't just scalable for storage space, either. It also lets you add or subtract RAM and processing power as needed. You could double your RAM speed with no downtime, for instance, in the event of a service spike.

Your database is only useful if it's online. And you simply can't watch your server all the time to make sure that it's operating as it should.

One of MongoDB's most popular features is automated database monitoring and alerts, should something go wrong. This is especially important for young companies who don't have dedicated IT teams.

MongoDB closely monitors all of your storage clusters to make sure everything is operating as it should. It also has a function for slow query analysis, which lets you see anything which might be slowing your application down.

MongoDB also has built-in monitoring for index usage, jobs performed, system memory, and cache activity. MongoDB lets you create custom alerts for nearly any metric you can think of.

Updating a database can be a very arduous task. There are so many moving pieces, and any of them falling out of whack can derail your entire system. This means that many system admins put off upgrading databases for as long as possible.

This also means your database isn't getting security updates as often as it should. It also runs the risk of your application and database not operating at peak performance.

Most no-sql database systems use some variation of a JSON table. That means they only support two columns, like an old-fashioned accounting ledger. Today's data is much, much more complicated and involved than that.

MongoDB supports collections rather than key-value entries. This means it can be used for data-rich applications. These can also be implemented in a variety of creative ways, from nested documents to arrays.

Rich data is used for everything from personalized recommendations to predictive analytics. Powering your application with MongoDB lets you take advantage of these emerging disciplines.

Cloud MongoDB hosting truly offers the best of both worlds. You get powerful database software that's robust enough to fuel your apps and enterprise. You'll also get an affordable solution so you don't have to already have an enormous cash flow to take advantage of it.

Ready To Build An App? 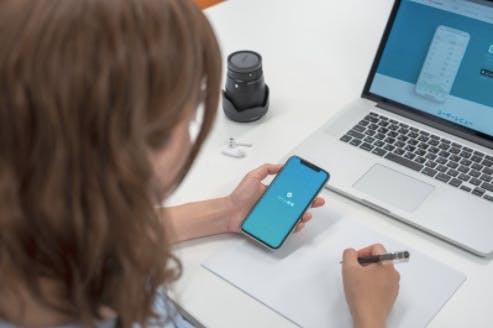 This is an exciting time for business. The internet has leveled the playing field, giving startups, entrepreneurs, and independent business owners the same powerful tools as Fortune 500 companies.

Now that you know more about how MongoDB cloud hosting can benefit your business or power your app, contact SF AppWorks today to schedule a consultation about building or upgrading your app!

Related: Ready to Hire a Mobile App Developer? Here’s What to Expect

What exactly is React JS? A framework? A library? Essentially, React JS is a front-end web developer’s tool that makes for a ...
Start Reading
Andrew Greenstein Aug 3, 2020 9:44:00 AM 24 min read

What is Rapid Prototyping | SF AppWorks