Angular and React: Which Should You Choose for Your App? | SF AppWorks

Which is better to use: Angular or React? Angular is a full framework, but React performs faster and boasts a much larger transfer size.

While both Angular and React have their benefits and challenges, React tends to be preferred by industry professionals. Read below to figure out the differences between Angular and React, and how to know which one is better for you.

Related: What is Web Application Architecture

Facebook developed React in 2013 as a Javascript library to use when creating apps. Facebook still maintains it today with an open-source community of developers.

Angular is a framework written in TypeScript. Google developed the JavaScript framework in 2016. Google's Angular Team and the Angular developer community are responsible for maintenance.

Architecture Differences Between Angular and React

There are some core architectural differences between Angular and React that can help you gain a better understanding of their uses.

Check out SF AppWorks for help building mobile and desktop web apps from beginning to end.

Angular is considered a full-fledged framework. This is because it offers you guidelines on how to structure your app. When using Angular, you don't need to decide on libraries to route to. However, this creates a huge drawback; you can only use what Angular provides.

React enables you to have more freedom. All it provides you is a "view" in MVC. Therefore, you can choose any library that fits your needs. The biggest drawback is that you need to take care of updates and migrations on your own. While React may seem to create more room for error, this problem can be easily overcome by consulting or working with an experienced app design company. By telling an experienced developer your needs, they can leverage the flexibility of React to design your app the way you like.

React uses virtual Dom, which makes it very fast. Why is this?

When you want to update your app, a virtual Dom looks at the difference between the previous and current HTMLs. Then, it simply changes whatever needs to be updated.

Angular uses a regular DOM instead. This doesn't compare the HTML differences. Instead, it updates the entire HTML tree structure.

App speed is a crucial component of user experience. The app will slow down considerably if there are a lot of change requests on a single page.

React took a gamble and decided to combine both UI templates and inline JavaScript logic. This is JSX, and no one had ever done anything like it before.

This innovative concept paid off in a big way. It offers a huge advantage during the app development process. This is because you have the markup, logic, and language all in the same place. The end result? Code completion and compile-time checks work smoothly.

One Way Vs Two Way Binding

Data binding is the term used for the synchronization process between the model and the UI view.

Angular uses two-way binding. Regardless if you change the UI element or the model, the other will change along with it. This can make it easier to debug your app, but it means that you have less manual control.

At SF AppWorks, we're available for consultation to help you understand emerging technologies and what they can do for your app.

If you want to use Angular, you'll need to use TypeScript. This is a statically typed language. This means you need to define every variable's string, number, array, etc. As a result, this can bog down an app's code.

React, on the other hand, uses JavaScript. This is a dynamic language, so you don't need to define a variable's type. You can also use Flow to enable type checking in your React project. JavaScript is easier to use and read, plus, it minimizes turnaround time.

When it comes to building an app, knowing the key differences in development modes can help you narrow down which option is best for you.

Related: The Importance of Web Performance

Angular incorporates the ability to use Ionic for developing hybrid mobile apps. It provides a robust UI component library. This makes it straightforward to set up mobile apps.

Since Facebook created React, its platform is native mobile friendly. React creates a truly native UI. Even if React may seem more complicated to use, the payoff is usually worth it. And, once again, you won’t have to worry about the nuances of using React during the development process by teaming up with a great app development company.

When it comes to web apps, you can still use Ionic to develop. However, the result is a web app inside of a web view container. This can make the app lag and slow down for the user if you choose Angular.

Facebook uses Jest to test code within React. It doesn't require any configuration and provides a powerful mock library. You can also use Jest with Enzyme.

To test Angular code, you can use Jasmine. The result is many options you need to sift through. It can provide useful solutions, but it can also be very difficult to read.

You can find real-life examples of both React and Angular, which are some of the biggest companies in the world. Here are a few examples:

React is pure JavaScript logic. Even though it doesn't work with DOM, it's still popular, even in DOM based libraries.

Angular is a little less compatible. This is due to it requiring Typescript and type definitions for every library you use.

You can use Angular to create both web and mobile apps. However, when you use it for mobile apps, a lot of the work is done by Ionic. Angular can also be used for single and multi-page web apps.

Related: When to Build an App Vs. a Mobile Responsive Website

Angular is pretty easy to scale. This is due to its design and powerful CLI (Command Line Interface).

React is also easy to scale because of its testability. Since React uses a virtual DOM and a React library, it can look into further scalable development. It's a great way to build reusable and scalable components.

Work with SF AppWorks to develop a multifunctional, scalable app.

React is becoming the most popular in full stack and millennial communities. It's a great choice for native JavaScript mobile and desktop apps.

Which is Right for You? 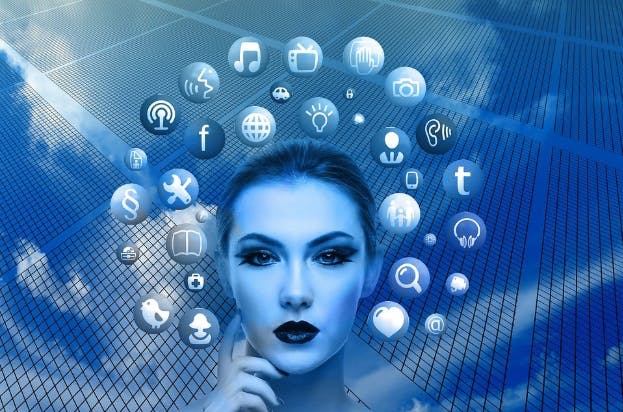 Both React and Angular are useful, but React is preferred when it comes to flexibility, speed, and control. However, here is a useful list to consider:

Finding the Right Fit for You

Angular is a full-fledged framework that will help you with every step of development. React is a framework for UI development that lets you incorporate your own libraries. It can turn into a full-fledged solution with more flexibility to fit your needs.

React seems like a simpler option and the best one when it comes to creating mobile-friendly apps. It does take a shorter time to start your work. That being said, you will have to learn how to use other frameworks and tools to complete a project. This won’t get in the way, though, if you use an expert team of app developers. At SF AppWorks, we guide you through every step of the app development process, using our deep technical knowledge to bring your brand’s app to life. Get the benefits of using React without spending excess time tackling the learning curve.

But whether you choose React or Angular, you’re using a modern front-end framework. For more information on developing your app, contact us today to see how we can help.

Related: How Long Does it Take to Create a Mobile App The Truth

Heroku vs AWS: Which Is Right For You? | SF AppWorks

Are you planning on building an application or developing unique software for your business? Chances are you’ve heard of Heroku ...
Start Reading
Andrew Greenstein Nov 7, 2020 8:39:00 AM 25 min read

How to Budget for a Mobile App | SF AppWorks

I’ve been approached countless times by people telling me they have an app idea. I love this conversation because I get to try ...
Start Reading