Happy NYE! The end of 2020 might be the real good news––but we're still finishing strong with some amazing stories to spark your wonder.

A research team from Johns Hopkins University has written a software that fast-tracks gene sequencing.

Students built this?! Hopefully they got a DN-A+ 🤞 🏼

The novel software "UNCALLED" (Utility for Nanopore Current Alignment to Large Expanses of DNA) can target and collect specific genes while skipping over surrounding genetic material, decreasing the time to profile gene mutations from 15 days to just 3. Michael C. Schatz, senior author of the paper, believes this technology will "forever change how DNA sequencing is done."

By enabling adaptive sequencing, the team can select the molecules they want to read and ignore the ones they want to skip. This new efficiency means that scientists and doctors can identify and diagnose conditions almost immediately.

As DNA molecules pass through "nanopores" (microscopic electrified holes) inside devices used in the process, UNCALLED can read the data and immediately run it against a predetermined reference sequence. Then, desired molecules are allowed to enter the pore to be fully analyzed. Undesired molecules can be rejected by reversed voltage in the nanopore. The whole process is equated to skipping through a movie to your favorite part rather than having to watch the entire film until that segment airs.

UK based startup "Papercup" has raised $8 million for speech recognition technology that can translate human voices into other languages. 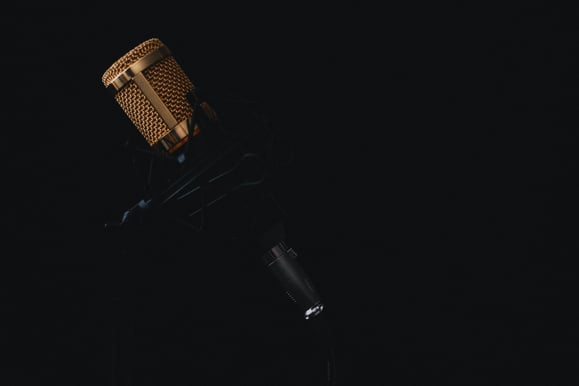 Photo by Hrayr Movsisyan on Unsplash

A step toward wearable translator devices of the future?

The idea was born and raised from CTO Jiameng Gao's dedication to speech processing (and obvious technical prowess). He completed two Masters at Cambridge University––one in machine learning and another in speech language technology. He and Jesse Shemen paired up at the end of 2017 to build this unprecedented prototype with the goal of "generat[ing] translated voices that sound as close to the original speaker as possible," says Jesse.

Prior to Papercup, subtitling or "dubbing" (a costly alternative that involves booking a studio and actors) were the SOPs for audio and video translation. With billions of hours of content on the internet, there's a hunger for distribution in untapped markets. Papercup positions itself as the antidote to this dilemma––a gatekeeper to the international playing field.

Although not much has been revealed about how the AI system works, the pair has openly discussed the obstacles it addresses, among which are creating natural sounding voices, retaining emotional value in tone, and aligning audio and video with precision.

Researchers at Northwestern University have created a dime-sized "break-dancing" robot.

Wonder story or shameless plug to our innovation newsletter, The Wonder?

The Fast and the Curious

The little guy is said to resemble a deep sea creature, at almost 90% water weight with a hydrogel exterior. To enable movement, the researchers programmed molecules to respond to light using chemical synthesis. Utilizing magnetic fields, the robot can even move at a speed equivalent to a walking human's.

Because the robot can pick up and hold objects, the team thinks the mini bot could prove useful with microscopic tasks like removing unwanted particles in targeted environments or delivering bio-therapeutics to human tissues. (So cute 😱 )

If you want to see the mini bot in action, check out the video.

In useless but spectacular news, a Youtuber named JT has prototyped a fully functional grappling gun.

Not the hero we need, but the one we deserve.

JT, aka "Built URL" has been working on building this gadget since November 2019. While there have been attempts at engineering something like this in the past, no one's come quite this close. Housed in a lightweight aluminum structure are the device's impressive components, including a 10,000 W motor, CO2 powered launcher, and of course the grappling hook.

Stuntin' is a Habit

One of my first questions (or concerns) was: how did he test it? I was relieved to hear the trial took place at an indoor trampoline gym––and it went as anticipated. But don't worry, JT also shares some delightful footage of the gun pulling him up to perch in a tree branch AND lowering him back to the ground. I highly recommend watching the video (gold at 8:29).

Outside of the grappling gun's total impracticality, there are some other small issues, namely the bit about dragging the wearer's entire body weight by one arm 🧐. It's also apparently not as easy as it looks in the movies to blindly catch a hook on something hundreds (or in this case tens) of feet above you. Nevertheless, the Internet still agrees the prototype is glorious. Built IRL, we're looking forward to your next move.

The Wonder - Holograms are here & so are brick batteries | SF AppWorks