For business owners, the idea of creating an app for one’s business may seem like an excellent idea. Knowing the difference between hybrid and native apps is the first step to helping figure out what type of app would eventually move the business forward. This is especially so in the age of the internet where applications are just about everywhere and digital marketing is the main mode of advertising.

But how does one go about developing an app? Are hybrid apps the best approach, or are native apps better? Let’s look at everything business owners need to know about hybrid vs native apps, the app boom, and some guidance for creating apps for businesses.

2021 is a developer paradise. For the past decade or so, applications have quickly exploded in popularity and just about every consumer in the world uses apps via their mobile device. This is something business owners can absolutely take advantage of.

For e-commerce businesses or service providers, creating an app is a no-brainer. Online stores, counseling services, language tutors, and just about every other business out there that can maximize efficiency with an app for their consumers should definitely consider developing one.

However, apps may not be the best idea for every single business out there. Take a local grocery store, for example. You could consider (in the grocery store example) creating an app for your business where you display coupon codes and other deals. That may be useful to your customers, but if it doesn’t result in an increase in revenue that is equal or greater to the amount of time and money you spend developing the app, then app development may be a better choice sometime down the road.

It all comes down to brainstorming your use cases. Why would consumers want to use your app? What services would it provide consumers in your target market, and would it ultimately be a big enough boon to warrant the time and money that goes into making and managing an app? Take the time to sit down and evaluate exactly why you want an app for your company.

Can just Anyone Create Their Own App for Their Business?

The short answer is “yes, but”. In other words, yes, anyone can create an app, but they will need a compelling use case, a pool of users for the app, and developers. App development requires experience and expertise, which isn’t something a person can just learn overnight. If you’re a small business that is dead set on an app, start looking into hiring developers.

Here are a couple of resources for seeking out contract or freelance app developers:

If you can think of a use case for a business app that can really provide something tangibly useful to your customers and increase your conversions, it’s time to hire a developer.

But even if you do hire an app developer to take on the task of building your business app, you still have to decide whether to build that app natively, as a hybrid, or as a web app. It would be wise to understand some key differences between apps before diving into the project. Here are the critical distinctions between hybrid and native apps.

Related: How to Hire a Mobile App Developer

Are you thinking of building an app? Receive a 4-step app building checklist, from app idea to MVP, directly in your inbox.

What Are Hybrid Apps?

A hybrid app is, in at least one way, a type of native app. This is because hybrid apps can be downloaded from a platform’s application store like a native app. A hybrid app can access all of the native platform’s features (such as GPS, camera, accelerometer, and more).

There are, however, some very notable differences between hybrid apps and native apps.

The Pros of Hybrid Apps

There are many pros to using hybrid apps for business purposes:

Hybrid apps (as mentioned above) are based on web technologies. Because of this, some can be run on any and all browsers, just like any other website can due to Progressive Web Application (PWA) technologies.

CHECK OUT THIS EPISODE OF OUR TECHNOLOGY PODCAST

The Cons of Hybrid Apps

While hybrid apps are pretty useful, they also aren’t perfect:

Hybrid apps tend to have an issue of lagging. This is because hybrid apps are run on so many different operating systems, and interfacing complications can lead to lagging.

Watch This Webinar on How To Ideate, Design & Develop Effective Mobile Apps

Watch our free webinar to learn how to align your ideation with a seamless design and development process. Level up your skills so you can create your own mobile app.

What Are Native Apps?

A native app is a type of software or program that has been developed to carry out a very specific task within a particular platform or environment. Native apps are built using software development tools (also known as SDK) for specific software frameworks, hardware platforms, or operating systems.

A native app is usually built using a Java Development Kit for Java platforms (Android) and iOS native apps are created with iOS SDK and Swift.

The Pros of Native Apps

Some benefits to using native apps include:

The Cons of Native Apps

Native apps do have a few drawbacks to consider:

Related: When to Build an App vs a Mobile Responsive Website

Hybrid vs Native Apps: Which Should I Choose?

To put it plainly, the main difference between hybrid and native apps is this: Hybrid apps are developed across all platforms, while native apps are developed for specific operating systems. It’s the difference between having an individual app for an individual smartphone operating system, or an app that is consistent across all platforms and works identically well across them.

Ultimately, the division lies within the goals and priorities of your business.

Native apps are fast, fit the device’s features, and can be more targeted to the needs of the user. However, there is a lot of development that goes into native apps and that could lead to more time and money being spent. Look into native app examples to see what other people are doing for inspiration.

Hybrid apps are a bit easier to work with development-wise and may even be cheaper to produce in some cases, but can suffer from lagging and discrepancies between devices and operating systems. This can be highly problematic for a business-grade app. Like with native apps, it may be worth looking into hybrid app examples to see what common end results are.

GET A FREE COPY OF 'WHAT TO EXPECT FROM A CLICKABLE PROTOTYPE'. 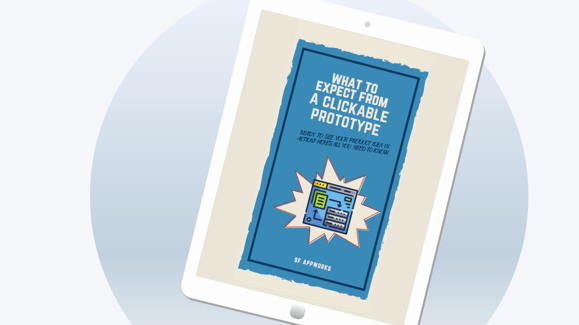 Ultimately, it is recommended to use a native app if you have less than a handful of months to develop the app. That’s because you want to focus all of your energy and resources on creating one experience for one user base, really well. If you fail at that, you will need to iterate quickly, and updating code for multiple platforms actually increases the workload. If you want to test a limited private market on the user-friendliness of your app, it may be worth developing it as a native app.

Once the testing phase is done and the features are tested and defined, it may be wise to switch to hybrid to scale to more platforms. If the application didn’t work out in the testing phase, you lucked out and saved a good chunk of change by not investing in hybrid development.

If, above all else, you want an app with the best possible user experience, security, and performance, opt for native development for your business’s application. When it comes down to it, a native application is a safer approach to development because it forces you to focus on minimum viable products rather than large scale feature sets. As the saying goes, it is better to do one thing really well than many things poorly.

Contact us for a consultation about which option is best for you!

GET A FREE COPY OF 'HOW TO MEASURE INNOVATION' 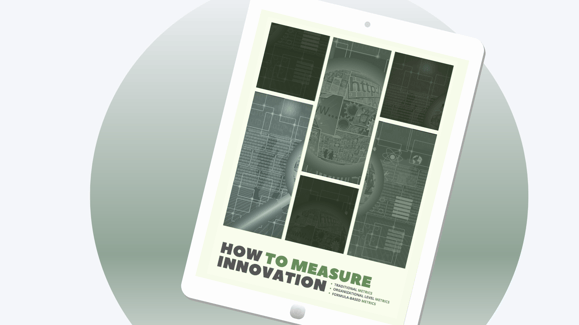 When optimizing your operations for either desktop or mobile web development, it’s essential to talk about data organization - ...
Start Reading
SF AppWorks Jan 9, 2021 6:21:00 AM 5 min read

Curious to find out the secrets of successful mobile app startups? There are over 3 billion smartphone users worldwide- a ...
Start Reading
SF AppWorks Jan 3, 2022 9:10:00 AM 17 min read

There were over 3.48 million apps and almost 2.22 million iOS apps as of the first quarter of 2021, not to mention countless ...
Start Reading