A team at Harvard has 3D-printed a wool-like, shapeshifting material.

Showing up to an event underdressed could be a thing of the past... your t-shirt might just morph into a button-down.

The team created the material using keratin, a fibrous protein found in hair with a knack for returning to its original shape. By assembling coils of the extract from recycled wool, then programming its form with a solution of hydrogen peroxide and monosodium phosphate, they were able to yield a fabric that would revert back to that shape when triggered by a stimulus. It’s fascinating to watch the fabric regress from a tube into an origami star––check out the video.

Researchers suggests the material could completely reimagine “one size fits all” clothing, and even provide an antidote to fluctuating bra-sizes. By reducing waste and nullifying the issue of stretched-out clothing, the fabric could be very impactful on the fashion industry as a whole. Luca Cera, an author of the paper, purports that beyond clothing, the nature of the fabric makes it “suitable for a vast range of applications, from textile to tissue engineering.” 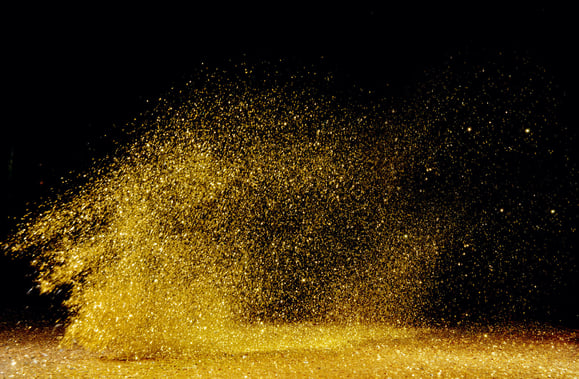 This isn’t the first time gold has been used to fight cancer. But it is a novel approach to getting the gold inside the cancer cell, which reminds us that innovating a process can be just as (if not more) instrumental to solving a complex problem as a brand new approach.

In the past, gold has been used with peptides or white blood cells to penetrate tumors––both difficult processes that can take over 24 hours. Pan’s team has discovered a method to grow the gold directly inside the cancer cells, requiring a lower concentration of gold and significantly less time. With this process the researchers enabled the cellular microenvironment to convert the gold into “plasmonic gold nanoparticles” which could then go to work on the cell––all in as little as 30 minutes.

When testing with mice, the team could push the experiment even further. Once the gold nanoparticles were grown inside tumors, the scientists used lasers to heat them up. This resulted in death of the cancer cells. Sounds pretty promising. 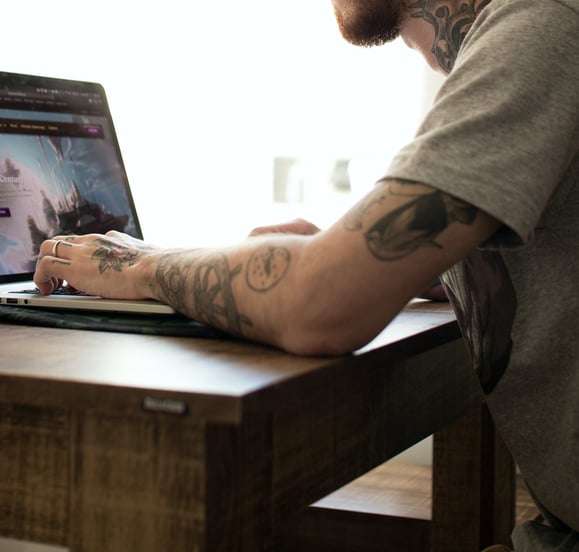 Yet another example of foreshadowing in science-fiction, in this case from The Diamond Age by Neal Stephenson, a book written 25 years ago featuring “shifting mediatronic tattoos.”

Over the last three years, a few interesting innovations have kickstarted a journey to futuristic tattoos that use nanotechnology in place of traditional ink, capable of signaling biochemical changes. Some include molecular biosensors that use color to indicate chemicals in the skin’s fluids, while others hone electrolyte levels with fluorescent tattoo sensors.

Carson Bruns of the University of Colorado Boulder and his lab are “re-thinking the tattoo pigment as a way to permanently embed technologies in the skin.” They are focusing on the issue of UV exposure as a leading cause of preventable cancers by developing an invisible tattoo ink that changes color only in UV light to signal the person to apply sunscreen. They’re also exploring tattoos that serve as built-in somatic thermometers utilizing temperature-sensitive inks.

Bruns points out that his ink’s color-changing capability also has artistic implications for tattoos. Because the colors are controllable by electromagnetic signals, they can, in essence, be programmed to appear and disappear––a development that alone seems transformative to the entire tattoo industry. The lab does acknowledge that there's still a lot to learn about the safety of these high-tech inks.

Check out the TED Talk:

RMIT researchers have developed an artificial skin that can respond to pain.

It’s ironic that we spend a lot of time as humans learning to “be tough” and not react to pain, but for our prosthetic and artificial counterparts, it’s the opposite.

Pain, of course, has a very functional purpose in the body. It’s important for wearers of prosthetic skin to know when they’re in danger, which is an existing hurdle (or previously dead-end, rather) for developers in creating these products. Before this, electronic skins could be programmed to react to touch, but burns and jolts were a different story.

This new electronic skin developed at RMIT shows promise with its near-instant feedback from worrisome temperatures and pressures. The skin, made of oxides and biocompatible silicone, is composed of very thin, stretchable electronics, and even has “brainlike memory cells” with a design inspired by neurons and neural pathways. The implications go even beyond prosthetic uses for humans––it’s noted that robots might even seem a little less scary if they displayed a more human-like vulnerability.

A new genre of musical artists is reaching its peak, and their instrument is code.

There’s more than one predominant language this handful of artists are using to achieve the goal of completely unconventional (if not nonexistent) parameters to music making. Carl Stone is a standout ‘music programmer’ who’s given performances with a Macintosh as early as the 1990s.  He uses the language Max, which includes a ‘visual workplace with musical commands presented as modular boxes that you can chain with virtual wires.’ His contemporaries in Berlin, Oslo, and Stockholm prefer an open sourced, text-based language called SuperCollider, citing that the framework allows for “a quicker, more natural form of expression.”

Yet another fellow artist, William Fields of Philadelphia, has never played a real instrument, but actually constructed one of his own. Fields started off by enhancing his friends’ music with audio effects, and wound up building features until he had his own completely original performance system. His instrument utilizes the program REAPER on a laptop for its audio, and a custom-built UI designed on Lemur (app). His favorite function is a button that randomizes every parameter––a development he believes helps him explore the vastness of musical possibility. After tuning these randomizations to make them sound better, he began to create “genre buttons,” including a “techno button.”

There is an entire scene and community surrounding this type of music. Small and large crowds of people show up to ‘algoraves’ to dance to the peculiar sounds. After the onset of TidalCycles, an environment designed for live-music coding, people began putting on dance events in venues like DIY warehouses, old theaters, and even VR clubs. The artists project their screens so attendees can see what they’re doing. Says scene creator Danielle Rager, “the fact that people expose their tooling shoes the ethos of the community. This stands in opposition to a lot of the art world trying to guard their process.” Algoraves have even thrived in virtual settings since the beginning of the pandemic.

Three New Technologies In Retail That Worked in 2018 | SF AppWorks

5 App Designs: The Thinking & The Trends Behind Them | SF AppWorks

If you’re thinking about developing or upgrading a mobile app for your company, you can start with some design work to help you ...
Start Reading
MaCall Manor Jul 31, 2020 3:50:00 AM 6 min read