The Wonder: The Simulated Universe & Your Robot Lawyer | SF AppWorks

Internationally collaborating researchers have created "Uchuu"—the largest and most accurate simulation of the universe to ever exist.

Photo by Daniel Olah on Unsplash

You'll want to read a few more (p)articles to understand this one.

Created on the supercomputer ATERUI II and named for "outer space" in Japanese, the virtual universe simulates 2.1 trillion particles in a computerized cube that is 9.63 billion light-years wide at each edge. Even with ATERUI II's astounding processing power, it took an entire year (and over 40,000 processors) to crunch the data required for the final simulation.

Uchuu is applicable for learning more about the universe's relationship with, and transgression over time––one PhD user going so far as to describe it as "a time machine." Users can zoom in and out on different galactic clusters to study behaviors in every nook of the universe, across the past and into the future.

What the Future Holds

The team promises to share more data, including galaxy catalogues and gravitational lensing maps (first time I've ever seen those words, but sounds great!) They've also made the simulation free for download, although it requires a fairly unrealistic amount of hard drive space (at up to 100 Terabytes). You can learn more about downloading and interacting with Uchuu at its simulation website and Github page.

The largest industrial plant to extract carbon dioxide from the air went online in Iceland this month.

Doing the Environment a Solid

Icelandic 'Climeworks' takes an aggressive approach to fighting the environmental effects of CO2 emissions. The product, named "Orca" for the Icelandic word meaning "energy," uses a filtering mechanism to capture carbon dioxide, heat it, do a bunch of other things, and finally confine it as a solid inside basaltic rock beneath Earth's surface, where it can purportedly remain trapped for thousands of years.

One of Climeworks' key investors is Microsoft, which had previously pledged to recapture all its exorbitant carbon emissions by the year 2050. While an honorable initiative, the hefty costs of capturing and trapping that much carbon dioxide might not be worthwhile; a tricky part of the carbon-capture game is developing the technology in a way that doesn't offset its good work with an equally damaging carbon footprint. Says a director of research at the Institute for Carbon Removal Law and Policy, this carbon extraction should be seen more as an additional, supplementary measure to cutting back on existing carbon emissions.

DoNotPay's "robot lawyer" simplifies reporting of civic issues like potholes and fallen trees––and could even get you paid. 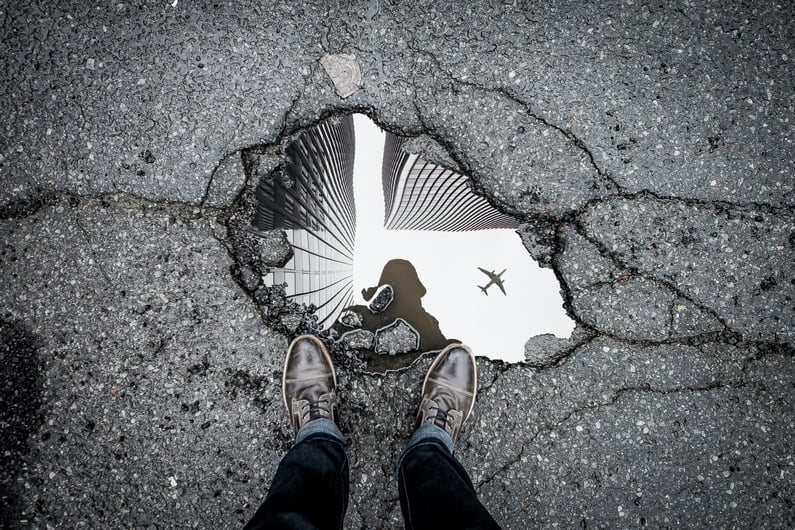 Photo by Marc-Olivier Jodoin on Unsplash

What began as a service to help users fight parking tickets has evolved into a sort of mobile app lawyer that helps make tedious and time consuming processes much simpler. It can even take legal action and get users refunds for various kinds of cost disputes. Founder Joshua Browder was first moved to develop the technology by his own qualms with fix-it tickets imposed by the government. He noted the hypocrisy of fining civilians in spite of tax-paid roads and other vital infrastructure issues that are often left broken by the government, sometimes indefinitely. Says Browder, "...we've decided to create a product that is like a fix-it ticket for the government." Browder built the earliest version of DoNotPay whilst a (heavily-parking-ticketed) college student at Stanford. The tech quickly went viral on Reddit, and has now successfully matured to support more comprehensive service offerings.

4. New Kidney on the Block

An artificial kidney from The Kidney Project that runs on blood pressure alone just won big prize money in a prototyping competition.

Amazing what purposeful work (and a little competition) can achieve.

The Kidney Project, a nationwide collaboration, took its prototype to KidneyX, a partnership between the US Department of Health and Human Services and the American Society of Nephrology. The latter was founded with the intention of accelerating innovation in the space of prevention, diagnosis, and treatment of kidney disease. A successful demonstration earned The Kidney Project $650,000––a promising milestone for the technology's further development.

What's exciting and revolutionary about the prototype is that its tandem hemofilter and bioreactor can both remove toxins and replicate essential kidney functions without any reliance on blood thinning or immunosuppresant drugs. The device is powered by blood pressure alone, meaning patients needn't be dependent on dialysis or suffer other severe side effects commonly associated with post-kidney-transplant life. With fresh funding, The Kidney Project sets its sights on upscaling the technology for more testing, and hopefully, clinical trials.