WONDERful news! SF AppWorks has a new marketer and creative who will be contributing to the Wonder. Today’s edition was written and edited by MaCall Manor.

Chemists have discovered a method of turning cashew shells into sunscreen.

In a Nutshell
Using a technique known as xylochemistry, or wood chemistry, chemists at Wits University have extracted organic compounds capable of absorbing those dreaded UV Rays.

Why It Matters
The efforts of these scientists would not only transform a current waste product of the cashew farming industry into an aromatic compound with high absorbance of UV rays, but could also help mitigate the effects of current UV protection agents on aquatic ecosystems. Good for the environment, and your skin!

Japan makes a monumental investment in the era of its grandchildren, and they’re pulling out all the stops–even possibly augmenting human bodily functions with cyborg tech.

Hot Take
We may have officially just entered the realm of science fiction.

What Else?
The Japanese government will select 25 areas in which to accept proposals, across which it will inject over $1 billion in research funds. The overarching objective is to tackle some of the world’s most transcendent issues, which include deteriorating birth rate, deforestation, and pollution (there are designs to collect and recycle ocean plastic). Even human hibernation is not off limits in this research venture–in fact, it is of great interest to the Japanese government.

What if?
Maybe this will time up with Elon’s plan to colonize Mars, and we can live out long, eventful lives on a new planet with our cyborg cardiovascular systems!

Teams of scientists in both Seoul and Beijing are working on new masking technology for waves; it is said to leave behind no drag or wake of submarines and boats. 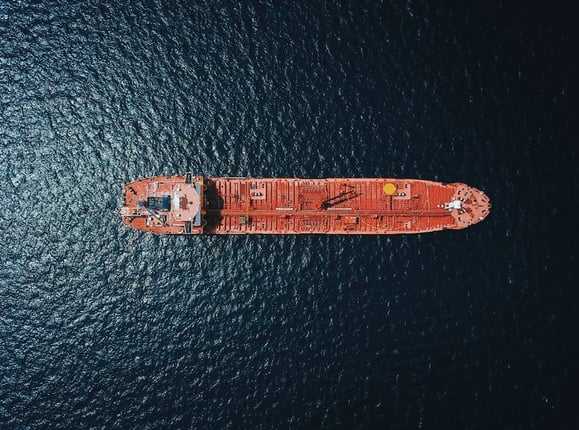 It’s not quite magic, but I still think Harry would be proud of us mere muggles.

But seriously, how?
For the group of scientists in Seoul, the novelty of the project lies in a ring of over 500 systemically engineered pillars encasing the intended subject. The pillars redirect the flow of water so that the boat doesn’t experience drag, and the effective cloaking of the subject is demonstrated by a lack of downstream wake. Scientists in Beijing enacted a slightly different approach however, with the goal of decreasing amplitude of waves within a channel.

So are the boats actually invisible? (And can this hide us from sharks?)
While these invisibility cloaks will not technically render boats invisible, the function of the masking device allows them to move through water undetected, and without experiencing the consequences of waves/drag. The development of this technology could eventually play a role in protecting ships, submarines, and most importantly, the vessels’ human operators.

The farming industry is beginning to use artificial intelligence to better understand how pigs are feeling. 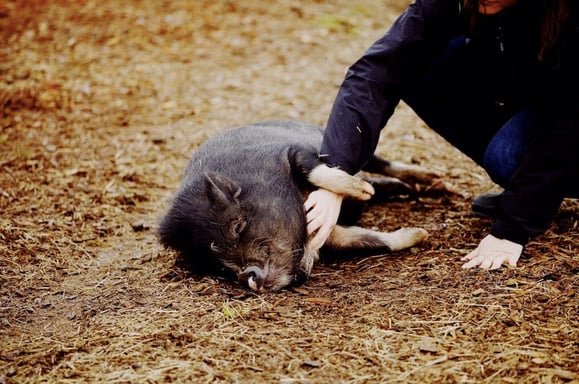 Photo by Ben Mater from Unsplash

Don’t Go Bacon our Hearts
These farmers are operating under the premise of “moral obligation to enhance the welfare of animals”–a worthy pursuit, now being aided by face-scanning technology. Another factor at play in these pursuits is that less stressed animals purportedly call for fewer steroids, food, and antibiotics. 3D imaging tech will allow farmers to receive a text message or notification indicating that a particular animal requires attention.

Hogging the Attention
Pigs are reportedly good candidates for this technology because they are more facially expressive than other animals, and more willing to have their photos taken.

Researchers at the Stevens Institute of Technology have developed a noninvasive, wearable gadget that could help prevent stillbirths. 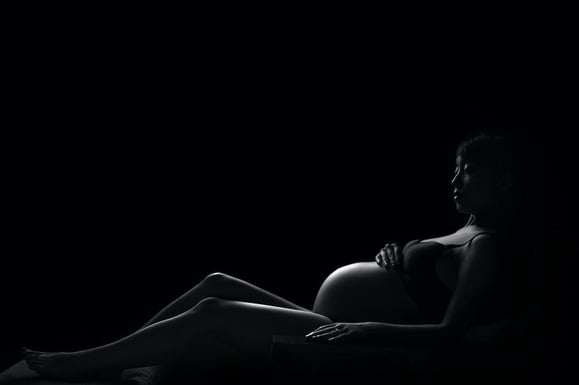 Wide Reach for a Small Product
There are over 2.6 million stillbirths each year, globally. The technology will prevent at least some of those, hopefully helping to shift the lowest population growth statistics reported in the US since the 1930s.

How it works
Using the same technology that enables your smartphone to reorient its screen when flipped sideways, scientists have adapted and installed a sensor into a small wearable patch for expectant mothers. It can record vibrations sent through the abdomen when the baby’s heart beats, or when the fetus itself shifts in the womb. This will allow women to be aware of potential concerns earlier in the pregnancy, and seek medical attention before a complication makes matters worse.

Sounds expensive, right?
But it’s not. Surprisingly, the fingernail-sized patch is projected to be affordable, at less than $100. What’s more–it will be much more comfortable than cumbersome electrodes currently used in hospitals. It can also run off of a 3-volt battery for over 24 hours.

Derived from Nissan’s newest enhanced driving technology, the ProPILOT golf ball will self-navigate along a predetermined route to the target hole.

The technology is so good that even a 4-year-old can put!

Confidence Booster
The tech utilizes a camera to analyze the ball’s position. With this information, the trajectory can be altered according to the ball’s movement, using a sophisticated monitoring system.

Why do we care?
Less time spent at the driving range working on your shot means more quality time with the family.

The Wonder - Transfarmers & the Fight against Balding | SF AppWorks