The Wonder - Transfarmers & the Fight against Balding | SF AppWorks

Australian state has developed stealth camera units to catch drivers on their phones.

In the Wrong Hands

Out of 8.5 million vehicles observed, over 100,000 drivers had hands on their phones, although some instances were more… unsettling, than others. One driver was using a phone and an iPad at the same time. In another car, a passenger took the steering wheel, even though they were BOTH using phones.

These “Mobile Phone Detection Cameras” are actually units comprising of two cameras, one of which captures the vehicle’s registration plate. The second is high-set, enabling it to peer into the car’s wind screen and see exactly what’s up–or down, rather. If caught, the fine is 344 Australian dollars.

Bright Side of the Flash

According to government statistical models, implementation of these phone detection cameras could prevent 100 serious or fatal injuries over the course of just 5 years. Not to mention, the annual state road toll in New South Wales dropped by 35 deaths last year. Once these images have been verified by human eyes, the tickets are sent out, and will likely become a worthy incentive for drivers to pay attention to the right thing: driving.

Cue SWIFT, a program that utilizes 3D printing technology to yield organ-specific tissues with high density, functional cells. AKA, cells on the path to be used for organ transplants.

Before SWIFT, 3D-printed human tissues were exciting, but couldn’t function quite like real organs, or well enough to be used. SWIFT has shifted the focus in its approach, using the technology in a more specific capacity. By creating vessels capable of supporting living tissue constructs, a large step is taken toward regenerating and augmenting functional human organs in labs.

Upwards of a hundred thousand people remain on waitlists for organs, and while successful transplants save lives, 20 people in the United States die each day waiting for an organ to become available.

FarmWise’s giant robots were built to systemically pull weeds, analyze crop data, and produce smart interventions–pretty much Farming 2.0. Now they have $14.5 million to hone their efforts.

This kind of farm genius echoes in Interstellar space…Sorry you didn’t invent it first, Coop.

FarmWise’s CEO, Sebastien Boyer, vouches for the robot’s efficiency with impressive stats: “Each day, one FarmWise robot can weed crops to feed a medium sized city of approximately 400,000 inhabitants.” (Not to mention, it’s still in the prototyping phase.) A productive use of thyme, wouldn’t you say?

Not Quite the Simple Life

FarmWise’s team has programmed automated vehicles, helped design rockets, and optimized urban ride-share pathways. There’s a high degree of trust inherent in a $14.5 million investment, which speaks to the company (and robot)’s success in early trials. However, because the machine costs in the multi-millions to engineer, the large investment led by Calibrate Ventures will certainly not eliminate challenges moving forward. But as the kids say, we’re here for it.

Toyota Motor Corp., Sharp Corp., and NEDO are testing a Prius fully-clothed in Solar Panels, hoping to achieve a gas-less vehicle with no need to plug in. NEDO? Neato!

What a challenge this could present for future designers at the more fashion-forward car manufacturers. Once again…ahem, Elon?

Although commercial models with solar panel roofs have already been introduced, engineers and consultants still project we are quite a ways out from perfection of this technology. The problem seems to lie in the solar panels’ long-duration charging ability, particularly as it relates to the car’s sound and other internal systems.

The beauty lies in the solar cell. It’s small enough (at only 0.03mm thick) to be positioned on a multitude of the car’s surfaces, including curvy areas. Another particularly impressive feature is the prototype’s ability to convert sunlight at an efficiency over 34%…a sizable increase from 20% for panels on the market to date. With potential ability to revolutionize the transportation industry and provide a miraculous solution to fossil-fuel reliance, this tech is definitely worth keeping your eye on. 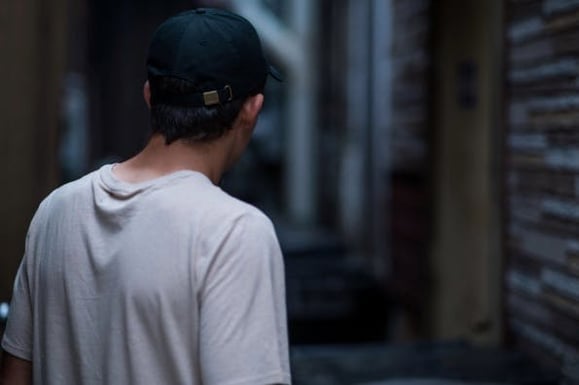 Photo by Keagan Henman from Unsplash

The technology was tested on shaved rats and hairless mice (due to genetic deficiencies). A gentle, electrical stimulation proved to increase hair growth and density–not to mention, more competitively than the main ingredient in Rogaine. The results were more prominent in the shaved rats, although the experiment was also successful for the mice.

Hoping to translate these results into a consumer-ready solution, the scientists created a baseball cap with the patch material that was used on the mice and rats. The electrical pulses in the material generate energy from body movements to stimulate hair growth. The team is currently seeking to test the product on humans, a final step in validating the success of this technology.

Thanks for reading! If you enjoy the Wonder, please consider forwarding it to a friend. We’ll see you next week!