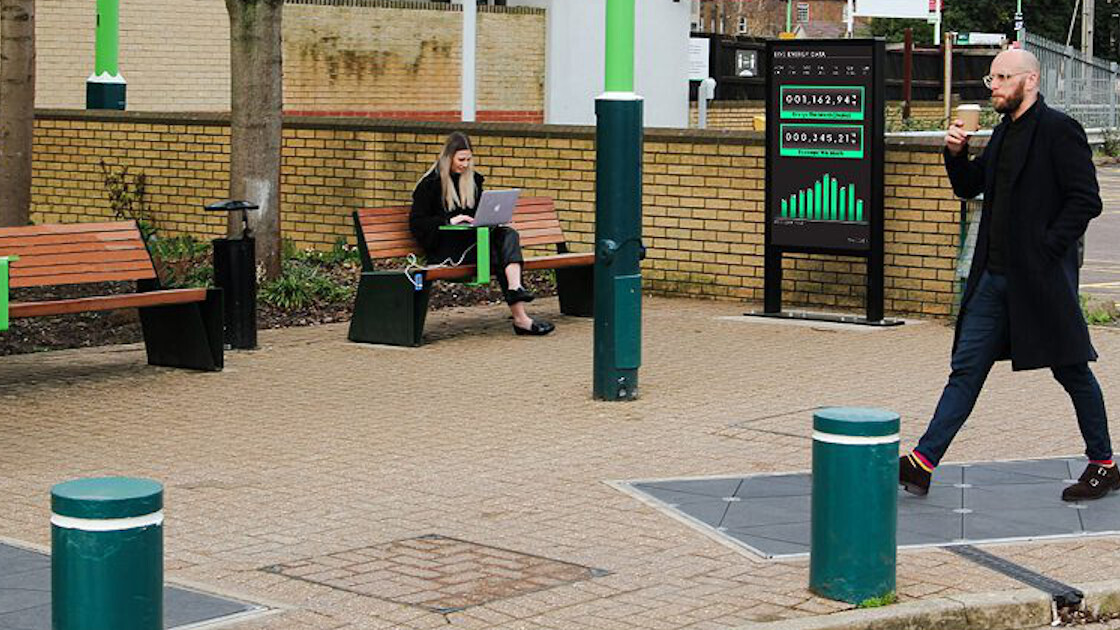 Image from The Next Web

Can we work out on these tiles in return for a discounted PG&E bill?

This pilot results from a partnership between Central Bedfordshire Council and UK start-up Pavegen (designer of the electromagnetic generator system), and is heavily funded by the Department of Transport.

The panels convert pressure from pedestrian footsteps into electricity to power two USB charging benches and a digital screen, which displays the amount of energy being created, along with other messages. Says the MP for South West Bedfordshire, "I like the fact that it engages people, involves exercise and it is creating clean electricity all the time. I think that connection between people and the energy being created through movement is a really good join-up."

The Future is Bright

An exciting step for renewable power, the pilot hopes to provide a real-world demonstration of the technology's capabilities - Pavegen believes at scale it could power more heavy-duty infrastructure like streetlights and new-age road signs.

GE Research is developing a 3D-printed prototype to produce water out of thin air––literally. 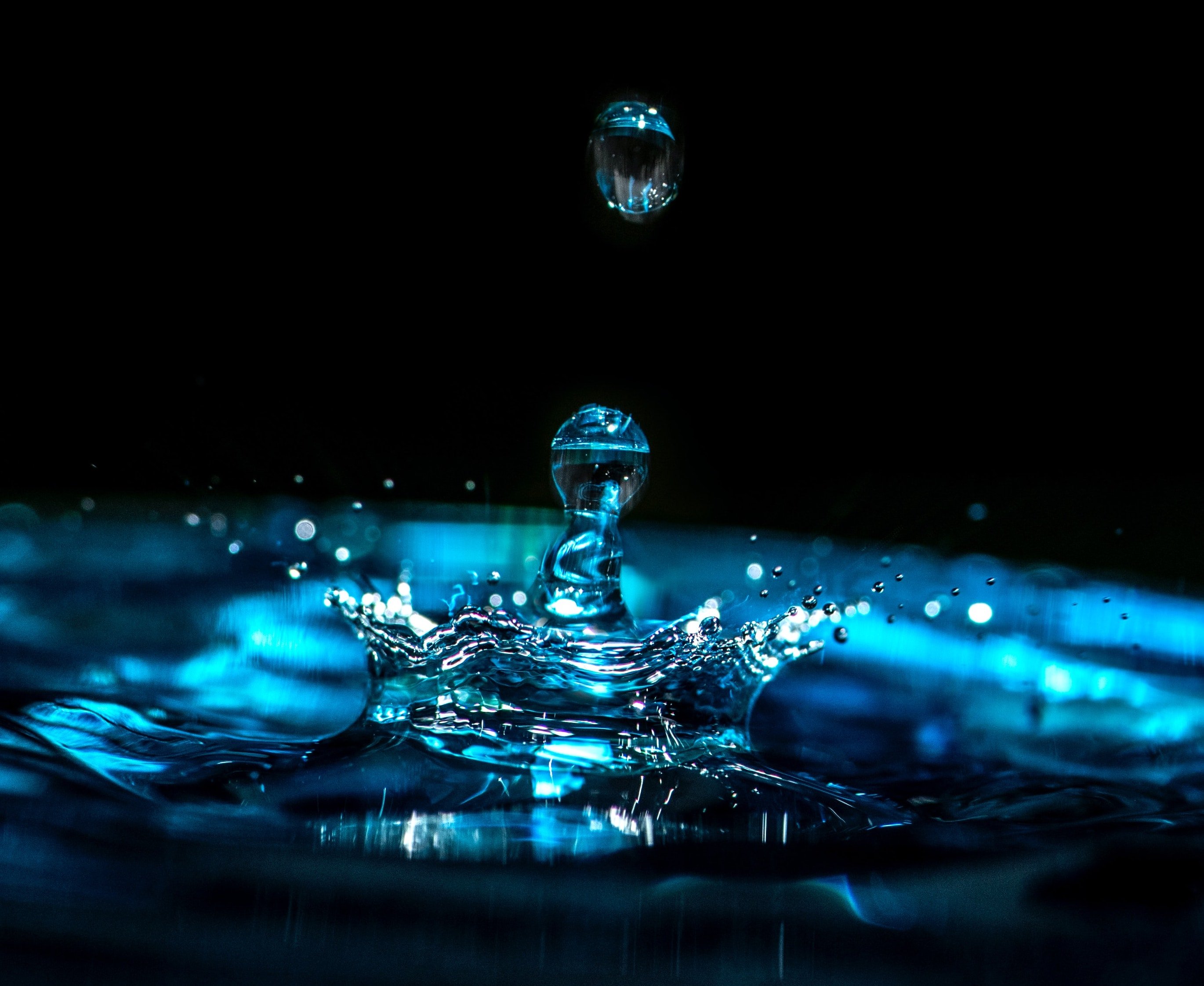 Photo by Erda Estremera on Unsplash

The endeavor of “air water extraction” was borne from a need to provide soldiers with water in remote and often extremely dry locations. Working under DARPA's Atmospheric Water Extraction (AWE) program, a team led by GE Research began developing the prototypes, which now have projected capability to supply up to 150 soldiers with water and save the US Military the time and resources necessary to build water supply chains to various remote locations.

Existing mechanisms that could be used in atmospheric water capture use parts that make them bulky and non-functional in desert environments. The team's aim is to innovate by developing nimbler devices - and it's no small undertaking. The project will cost $14.3 million to yield an apparatus able to be carried by 4 soldiers and produce enough water for 150 people. The collaborative effort of several involved parties involves finding and developing sorbents (materials that can recover liquids without absorbing them) and 3D printed heat-exchangers to enhance those sorbents and catalyze their release of water. It's an expensive and complicated process, but it could mean clean water for soldiers, remote villages, and impoverished peoples struggling for access.

3. Left to our own devices

Samsung has announced the opening of its Upcycling at Home beta, a program for reimagining that old phone in your drawer. This might not be new technology, but does give new life to technology, and that’s certainly worth highlighting. As we face impending challenges in redesigning the complex systems necessary to create efficiencies and reduce our carbon footprint, it’s important we look at existing materials and technologies with fresh eyes.

Created with the intent of discovering new uses for devices that would otherwise be unused or dumped in a landfill, the program is an expansion of Samsung's Galaxy Upcycling, guiding users through repurposing their handsets into sensors for smart home devices (including a pretty neat pet fish monitor that made me want to get a fish). Says Samsung’s VP, Sung-Koo Kim, “We are rethinking how we use existing resources, and we believe the key to upcycling is to enable solutions that transform old technology into something new by adding value.”

A Weekly Snapshot of Life-Changing Technology Happy Friday!   Joke as we may about the intrusion of voice assistant devices in ...
Start Reading
MaCall Manor Nov 30, 2020 8:23:00 AM 15 min read