On May 22, 1919, a New York hotel owner named Ramond Orteig offered a $25,000 reward to the the first allied aviator to fly non-stop between New York City and Paris. The first serious attempt took place seven years later by French flying ace Rene Fonck. The plane was overloaded and crashed in flames during to take off.

Four leading contenders emerged in April of 1927, but all suffered mishaps. Polar explorer Richard Byrd and crew crashed during a test flight. Aviators Clarence Chamberlin and Bert Acosta set an endurance record during test flights, but never made a real attempt after the team broke apart as a result of constant arguing. A third team consisting of two naval pilots crashed and died during a test flight. The fourth crew, led by French ace and stunt pilot Charles Nungesser, took off from Paris and were last seen off the coast of Ireland. They never arrived in NYC and no trace of them was ever found.

A fifth competitor – an underdog from St. Louis – joined the challenge late in the game. Unlike the other crews, who were dogged by weight issues and personality differences, he opted to fly solo. He used a single motor rather than a tri-motor, which added risk, but extended his fuel capacity. He also left the radio, sextant, and parachute at home to save weight.

On May 21, after flying for more than 33 hours, Charles Lindbergh landed the Spirit of St. Louis in Paris and claimed the Orteig Prize.

More than 75 years later, this inspired the Ansari XPRIZE, a $10-million prize for Suborbital Spaceflight. The Ansari XPRIZE  spurred the privatized space industry and the global XPRIZE competition, which to date has launched over $140M in prizes to develop technology to make the world better, safer, and more sustainable. 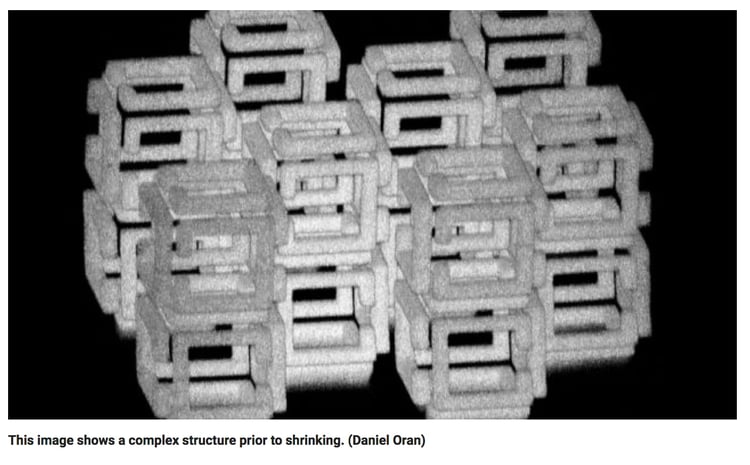 MIT researchers have developed a system to ‘shrink’ objects down to a nanoscale level using 3-D printing techniques.

Andrew’s Take: Science is so cool. First we came up with a way to expand microscopic tissues for better viewing. Then we recerse engineered that process to take big things and shrink them down to nano sizes. Just like that the field of Implosion Fabrication is born. And while I’m excited to ponder just how useful it could be to shrink thinks, I can’t help but laugh that the first place scientists want to take this new tech is to the lens on your camera phone. What can I say – we love our selfies.

Darius’s Take: The ability to shrink objects while maintaining all of their properties intact is pretty amazing, especially when you see what they can do in the futuristic movies. In the real world, there are huge applications in building small scale objects. As an example, it’s pretty hard to build an electrical component that’s a few nanometers in size, but it’s a lot easier to build one that is millimeters in size. And no, we’re not any closer to shrinking people just yet. This tech only works to shrink objects that were specifically built for shrinking.

A team from MIT, Draper, and Brigham and Women’s Hospital has created a 3D-printed smart pill that can pair with your phone from inside your stomach.

Andrew’s Take: This gives a whole new meaning to wearable tech. The monitoring components are very cool, but I’m most intrigued by the possibility of super early detection of infection or cancer, and rapid response treatment at first detection. Many illnesses are treatable until they progress too far, so the earlier we can spot them the more likely we are able to treat them.

Darius’s Take: This is another step towards having an army of little robots inside of our body, fixing us as needed. The pill anchors itself into the stomach where it releases medication on demand for about a month before dissolving. This feature by itself is pretty compelling already, but then the pill can also send body measurements to an external device for even better treatment. Until someone hacks it… 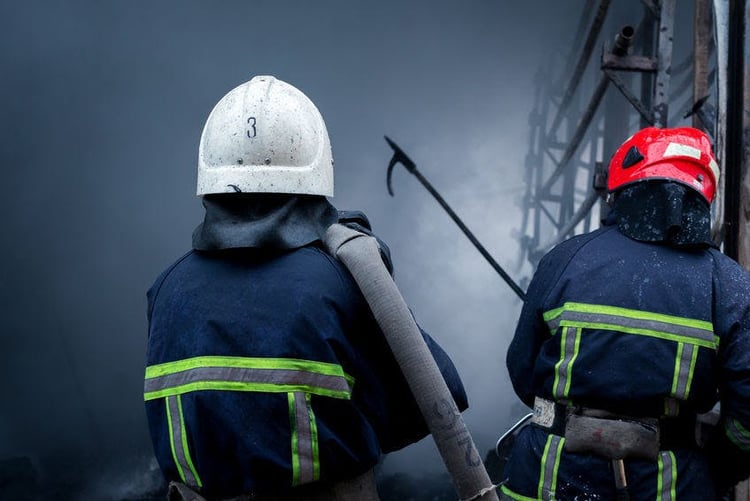 Facebook AI researchers have developed a method to analyze satellite imagery and determine damage levels after flood or fire.

Andrew’s Take: As our climate becomes more extreme, we can expect to see more fires and floods. In a disaster, time and resources are both limited. Figuring out the best place to deploy resources is a big challenge that this tech helps to solve.

Darius’s Take: The effects of global warming are becoming more visible through the intensification of natural disasters and as a result we’ve seen an increase in the tools use to fight (and cope) with such natural disasters. There are a lot of people hoping that technology can make these problems go away. It’s good to see AI being applied to help, but a lot more needs to be done to address the cause.

“What kind of man would live where there is no danger? I don’t believe in taking foolish chances. But nothing can be accomplished by not taking a chance at all.” -Charles Lindbergh