Americans now spend three to four hours a day looking at their phones and 11 hours per day looking at any screens, leaving some to Wonder 😉 whether we’ve reached “Peak Screen“. How about we all put our phones down a bit more this holiday weekend?

But first, check out this week’s The Wonder.

Andrew’s Take: We often discuss tech that ‘could be cool’, but here’s an example of tech that WILL be cool, now. An AI that can make dinner reservations, schedule meetings, and maybe even deal with customer support could mean less time spent on mundane tasks and more time spent on high-level thinking. Sign me up.

Darius’s Take: This is a defining moment in how society sets standards for what is acceptable when using software to interact with humans. We’ll see more and more of these use cases and we’ll be forced to ask questions like “when does a person have a right to know they are talking to a robot?”. We can expect to see Congress enacting laws in this area too. 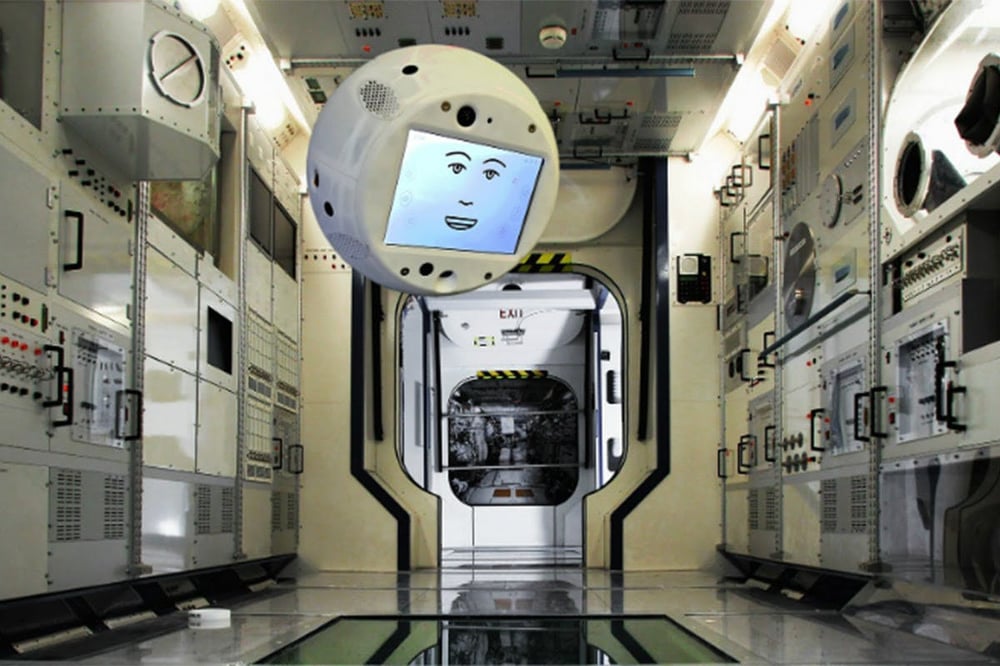 CIMON, an artificially intelligent robot, will join astronauts on the International Space Station and help them complete their tasks.

Andrew’s Take: Computer-assisted piloting on planes and spaceships is nothing new, but humanizing those robots by giving them a face, the ability to move around, and gestures such as nodding adds an interesting wrinkle. I imagine space is a lonely place – is CIMON now the most advanced computer companion in (or out) of the world?

Darius’s Take: Robots, robots, robots, everywhere we look. They are popping up in medicine, in the home, and in the workplace. So why not send them into space as well? Say hello to CIMON! Our world is going through a robot/AI revolution and our generation has a front seat.

Researchers at the University of Michigan have created the world’s smallest computer. Above, pictured next to a grain of rice.

Andrew’s Take: It’s only a matter of time before we start putting computers inside of people. This would be the ultimate ‘Wearable’ – you never have to take it off and it could monitor your body and process data in real time. Next up – how do we get computers to work alongside our brains to create augmented humans...

Darius’s Take: It’s small, it needs no battery, it works with light, and it doesn’t preserve its state, which makes it both a really cool computer and kind of not a computer at all. It also reminds me of the early days of Amazon Web Services where you could lose all data if you reset the servers, meaning we’re still in the early stages of this tech.

…of Disney’s new stunt robots, soaring through the air and not quite sticking the landing.

A Weekly Snapshot of Life-Changing Technology Happy Friday! Society has been bracing for an era of automation where workers are ...
Start Reading
SF AppWorks Nov 23, 2018 5:39:00 AM 12 min read